Only 55 minutes {text} luxury car drive with chauffeur headed for south-east of Paris to the {text} castle, {text} Fontainebleau has become an attractive site with royal history not only for tourists but also an exceptional drifting town for painters and romantic writers since the mid of the 19th century. The Fontainebleau forest was considered an important hunting region for kings, emperors, lords and courtiers thereafter became “The true home of kings, the house of all times” words by Napoleon referring to the royal castle of Fontainebleau.

The magnificent majestic château with over 1500 extravagantly decorated rooms located in the centre of a lavish plot of 130 hectares of parks and colourful gardens was a noble residence for eight centuries. UNESCO in 1981 considered and stated the chateau of Fontainebleau a World Heritage site. The castle features one of France’s vital collection of royal old furniture and decorative accessories, impressive collection of paintings and carpets. The Renaissance style castle can be visited with an audio-guided tour and the opening hours are from 9:30am till 5pm in the winter season and till 6pm in the summer season. If you are a visitor coming to France and arrive to one of the airports in Paris, we confirm {text} transfers to and {text} from hotel / airport starting from 95€.

Plan your day to begin with an imperial travel back in time in France and get a quick quote from Paris Limousine Car Service, limousine driver service in France, to add elegance to your visit to {text} the Chateau de Fontainebleau with the exceptionally comfortable transportation services with a selected deluxe car of your choice. We have so many recommendations on things you can do in Paris with exclusive best price offers. Our driver will be at your service at the place of your choice and required time frame that would suit your need. Rent a car with driver in Paris, book a car now online.

The “woodcutters village”, Barbizon in France – the point of meeting of the Impressionists

An important landmark we recommend to visit, after your remarkable tour in the royal castle of Fontainebleau, is the preserved village of Barbizon in France known as the “woodcutters village”- the point of meeting for well-known “landscape painters” recognised as the Impressionists. Between 1830 and 1875, among those “Colorists” were Corot, Millet, Diaz de la Peña, and Théodore Rousseau who were delighted by the beauty of nature, the appealing houses of stone and ivy, and charming gardens restored until today. 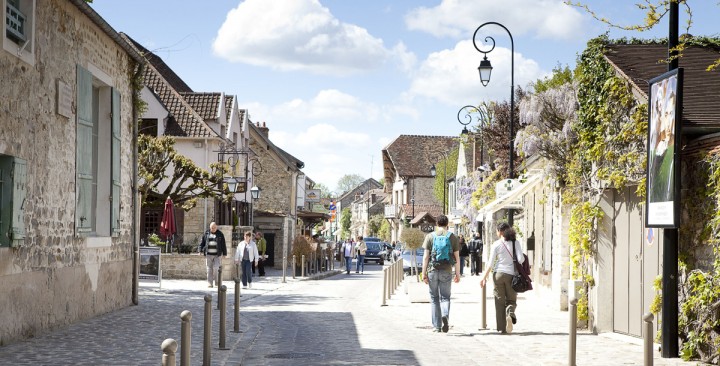 Luxury Transfers to & from Largest airport in Paris named after Charles de Gaulle – Airport (CDG), and other airports Le Bourget or Orly

You may have a quick lunch at one of {text} Barbizon’s delicate restaurants and visit the Ganne Inn, Museum of the Barbizon School of Painting where the artists stayed (limited opening hours). As we luxury drive you into the narrow picturesque streets of Barbizon, our chauffeur will delicately pass you by many art galleries alongside souvenir shops. What more can one ask for? Limousine Car (Mercedes Class E, Mercedes Class S, Mercedes Viano), royal ride and royal exploration tours in the most treasured sites of France. Check out our offers on {text} Luxury Transfers to & from Largest airport in Paris named after Charles de Gaulle – Airport (CDG), and other {text} airports Le Bourget or Orly.